The Best Dash Cams by Sales and Reviews

If you’re a person who drives for a living you know you have a lot of people watching you. Utilizing dashboard video cameras can help you protect your record and document any incidents. Drivers can get crazy out in the real world and its a good idea to have a recording of it to show who is really at fault in a fender bender, crash or even a crime. These dash cams are constantly recording your driving and voice and some even have features to ‘wake up’ in a parking lot if it detects motion. Dash cams are gaining popularity in the United States every day. The following list takes into consideration the best dash cams out on the market today. We used a mix of price, sales volume, and average customer rating to find the top 10 best dash cams to buy. 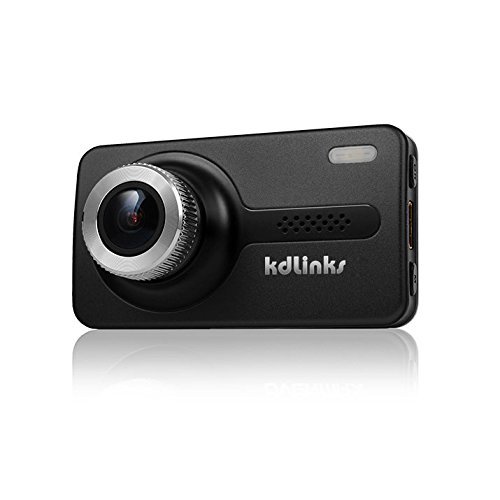 The KDLinks X1 dash cam has an excellent quality build and is a breeze to install. The 1080p HD picture is crisp when recording and can take even more high definition pictures on still photo mode. Most buyers claim the nighttime recording is decent as long as there are some street lights or headlights to aid the camera. Video vibration is non-existent and the audio is clear. The 32 gigabyte SD card will run for approximately 5 hours and 20 minutes before filling up and re-recording. This particular model comes with a standard 8 gigabyte SD card (which should last you about 80 minutes of recording time).

As always, KDLINKS is always available to provide what I consider the absolute best product support of just about any company from which I have ever made a purchase! All this for under $150.00 and it’s shipped free! 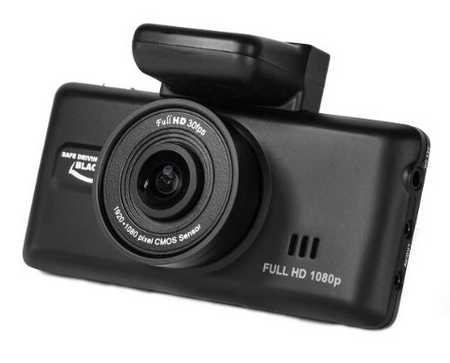 Whomever works in the marketing department for Street Guardian should probably reconsider rebranding the model name of this unit. The “SGZC12SG” dash cam has a simple on-off toggle switch, an automatic record feature, and an audio mute button. This dash cam is easy to transfer videos to your computer via a USB port. This model ships with a 32 gigabyte card which at a bit rate of 15Mbps you can expect to get 5 hours of recording. If you drive a lot you can opt for a 512 gigabyte SD card and get over 77 hours of footage!

Used now for 3 months, daytime and night. Sees better than what the eye sees at night. Just can’t really make out license plates. I haven’t tried really enlarging the playback yet to see if resolution is there but my monitor is the limiting factor or not. I do like the unit, it has very good reviews on dashcamtalk. 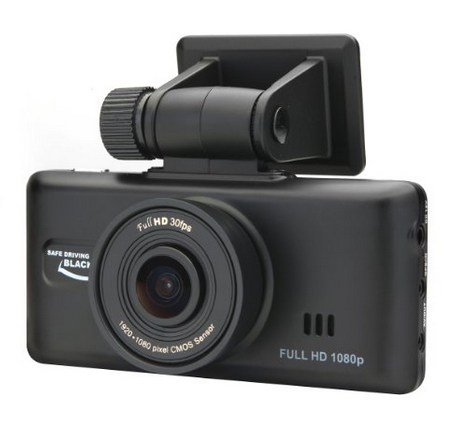 Panorama introduced the mid-priced model S last year and has been a strong seller among dash cams in its price range. The camera records at a bit rate of 12Mbps, which means for those with a 512 gigagbyte SD card can expect almost 98 hours of continuous recording. This models comes with a mount and will adhere behind the rear view mirror just fine. Use a full size SD card when using this device.

The key features of the Panorama S are easy set-up, huge storage capacity, good video, and its very wide field of view. Having a wide vs. narrow field of view is the principle difference between these two cameras. 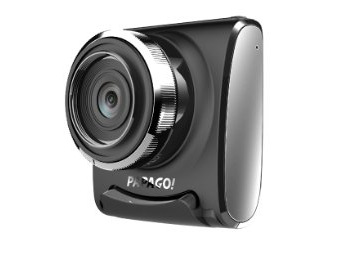 Papago has released a mid range dash camera under their GoSafe series called the 200 UltraSlim. This particular model has an LCD screen that will allow you to view the captured footage as it occurs. The GS200 also includes motion detection and GPS to accompany your 1080p recording resolution.

This Dashcam is awesome. Small and compact. Pop down screen is sweet. Quality is Amazing, at 1080FHD you can read license plates and details of cars around you very clearly. It also looks great at night 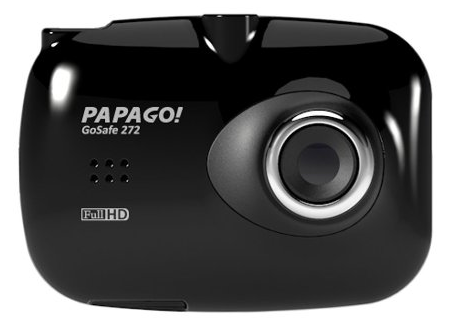 Video resolution on the Papago GS272 can be switched from 720p @ 60 frames per second (fps) to 720p/1080p @ 30 fps. The GS272 differs from the GS200 as it is updated with a 1.3″ CMOS sensor to provide the latest optical updates so you can capture the sharpest images. This model also includes an HDMI port and an updated chipset that will accept a wider range of Micro SD cards.

Good choice for its price. It can take a good quality video during daytime, even you can see plate number of approaching car! It is much higher quality in all aspects. And this camera offers several different resolution modes which is nice when your memory card is getting low on memory Calvin Yee Amazon Reviewer 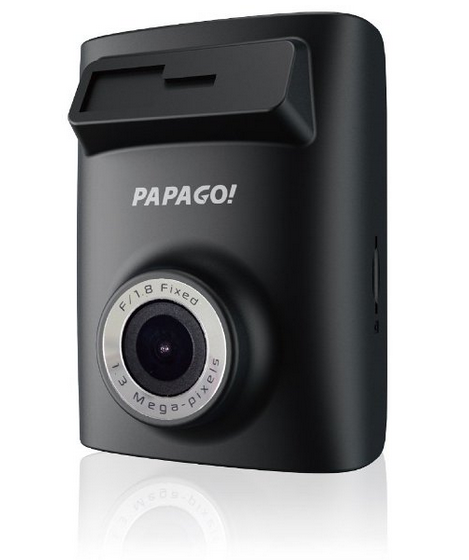 While not as powerful or feature rich as the GS200/272, the GoSafe 110 can be acquired for half the price of the aforementioned units. Those who are price conscious should know you’re sacrificing video resolution, viewing angle and frame rates. However, the this unit still has a good amount of features for the price including motion detection, driver fatigue alert, stop and go alert, collision sensor, headlight reminders, and emergency file backup.

I just purchased my Papago GoSafe 110 dash cam and I absolutely love it. I have been shopping around for the perfect dash cam for my Fiat and I wanted to make certain that I would get something that didn’t stick out like a sore thumb and this one definitely fits the bill. Christine Fan Amazon Reviewer 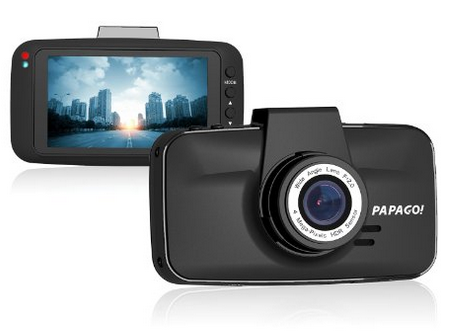 Superior quality and crystal clear resolution has been attained on the Papago GS520 Ultra WHD dashcam. This dashcam has been designed to capture IMAX grade images using their updated chipset. Videos can be recorded in 2K and 21:9 ultra-wide video. The best feature to date is the ability for this device to capture multiple level exposure values. Which gives you the clearest quality whether recording in day or night. Recording time at max settings using a 32gb card will net you about 4 hours of continuous coverage, whereas if you choose the 720p @ 60FPS settings you can get almost 6 hours before it loops over.

Just got this and all I can say is just get it! The resolution on this looks incredible and night footage is crystal clear too. The ultra wide angle does not look distorted and this is by far one of the best dashcam. Magnus Beenes Amazon Reviewer 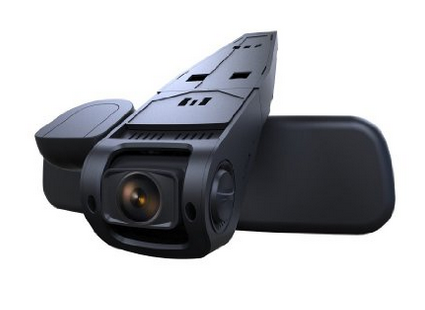 Spy Tec released the A118 as an low end dash camera for drivers looking to save money. Despite being less expensive than its competitors it still has tons of features. This model can accept up to 64gb in storage and record at 60FPS when using 720p resolution. The best feature of this camera is its ultra wide lens. A 170° viewing angle can capture just about everything on both sides of the road. Resolution will be sharpest in the middle of the image. Any buyer of this unit should keep in mind it uses adhesive tape to mount, not suction cups. Most complaints from buyers were just from the lack of support by Spy Tec. Firmware updates were hard to find but not impossible.

Camera is good value for money. The instructions are missing some information about set-up and the specifications. Set-up and wiring to car is not intuitive (to me). Chessie Trotline Amazon Reviewer 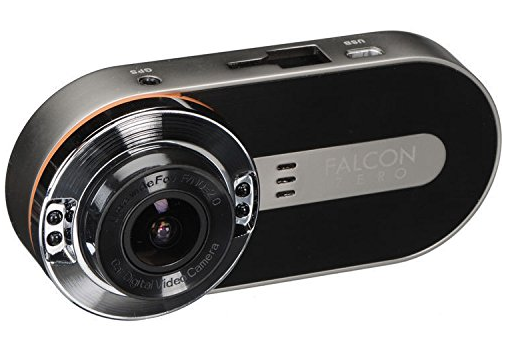 Falcon Zero’s F170 is a feature rich dash cam at a competitive price. The most unique feature is the ability to take still photos at an incredible 12 megapixels. This camera has a WDR (Wide Dynamic Range) to capture the most between bright and dark areas. Another great feature is Night Vision mode mode (which unfortunately must be turned on manually).

The device is very well put together and feels incredibly solid. The materials used are of the highest quality and it really feels as good as it looks. What’s most surprising about this camera is the sheer number of premium features it’s included that you would expect to find on a camera double the price. This makes the device a very feature rich camera for the price point and there is no punches pulled when it comes to the build quality.There are features on this device that you would only expect to find on a camera, double the F170’s price such as GPS and the motion detection parking mode. The GPS allows you to geo-tag the video footage so you can track your journey on the Falcon Zero Player software provided. A dude named Alan Amazon Reviewer Black Box brings the G1W dashboard camera to the market at bargain basement prices. It is by far the least expensive dash cam in this list but still packs lots of features such as 1080p recording quality. The G1W can even capture still images at 4x zoom and 5 megapixels which is really handy when you need evidence of a license plate number. If you’re looking for a budget dash cam then research the G1W by Black Box.

The G1W is a very good dash camera. It is relatively small and takes excellent pictures. I believe it is probably a best value in dash cams. The two cables and the power source seem to be of good quality as is the camera. The camera arrived in very good time beating the estimate by 1 week. Dirk Diggler Amazon Reviewer